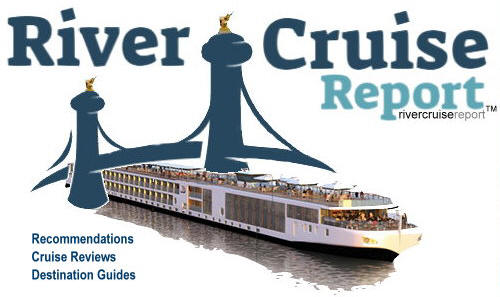 How Viking Cruises became the

King of River Cruises in Europe

Condé Nast Traveler Magazine
"Parent company Viking Cruises has expanded feverishly in recent years, with more than 60 river ships and six ocean vessels in its fleet. Under Viking River Cruises, the company's riverboats explore familiar waters like the Danube and Rhône in Europe, as well as faraway itineraries on the Volga in Russia, the Nile in Egypt, and the Mekong in Southeast Asia. Viking River Cruises also includes complimentary Wi-Fi and select shore excursions in its prices, and its “Culture Curriculum” offers experiential learning through events like regional wine tastings and menus that rotate seasonally". View more Awards and the accolades for Viking Cruises

How big is Viking Cruises. Big!

The company has three divisions, Viking River Cruises, Viking Ocean Cruises, and Viking Expeditions.  It operates a fleet of 76 river vessels and 11 ocean and expeditions ships, offering cruises along the rivers and oceans of North and South America, the Caribbean, Europe, Russia, Egypt, China, and Southeast Asia.
________________

No doubt that Viking is is the King of River Cruises!

Viking was founded in 1997 with the purchase of four ships in Russia. In 2000, the company purchased Europe’s KD River Cruises in order to grow its fleet, to leverage 40 years of river cruising experience and to acquire rights to prime docking locations in key European cities.

The company expanded into the American market in 2000, establishing a sales and marketing office in Los Angeles, California. Since then Viking has grown to be The World’s Leading River Cruise Line, and with the launch of its ocean fleet, it has also become the leader in small ship ocean cruising.

In August 2022, Viking will expand its destination-focused travel experiences with the launch of Mississippi River cruises. Its first custom vessel, Viking Mississippi, will sail voyages on the Lower and Upper Mississippi, between New Orleans and St. Paul.

Why is Viking River Cruises, so successful?

Viking provides destination-focused itineraries designed for experienced travelers who have an interest in geography, culture and history. Each journey includes a complimentary shore excursion in every port, and an exclusive Viking Culture Curriculum Program that provides deep immersion in the destination through performances of music and art, cooking demonstrations, informative port talks and carefully selected guest lecturers.

The company currently operates a fleet of more than 75 vessels, state-of-the-art ships that have received numerous accolades since their launch from industry experts and travelers alike. Viking was voted the #1 River Cruise Line by Condé Nast Traveler in their 2021 Readers’ Choice Awards, and for the fifth year in a row, has been named the #1 Ocean Cruise Line* by Travel + Leisure readers in the World’s Best Awards 2021. 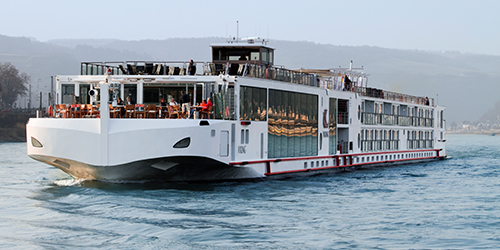 Europe River Ships and Itineraries
Sailing Europe’s storied rivers, the award-winning Viking Longships offer a variety of stateroom categories and true (two-room) suites with full-size verandas. Onboard amenities include a restaurant, bar and lounge, library and expansive sun deck. The ships feature al fresco dining on the Aquavit Terrace, an elegant Scandinavian design and “green” features, such as solar panels, an onboard organic herb garden and energy-efficient hybrid engines for a remarkably smooth ride. 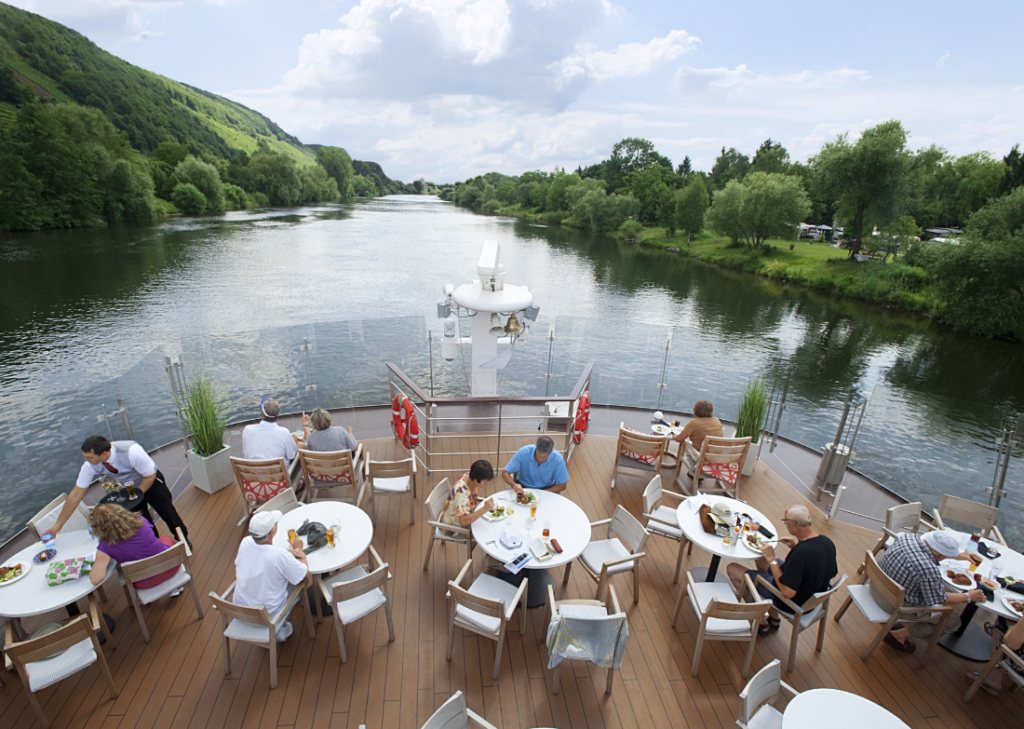 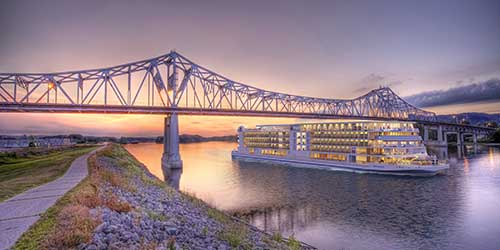 The new state-of-the-art Viking Mississippi is inspired by Viking’s award-winning river and ocean ships and will feature clean Scandinavian design, as well as public spaces that are familiar to guests but that have been reimagined for Mississippi River voyages. Purpose-built for the Mississippi and currently under construction in Louisiana, the five-deck ship’s cutting-edge design, expansive windows and comfortable amenities will make it the largest and most modern cruise ship in the region. 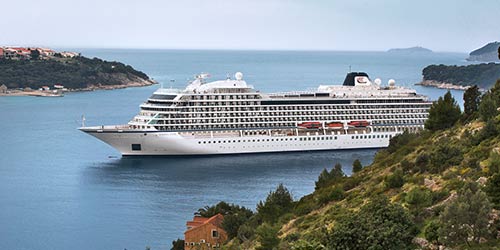 Ocean Ships and Itineraries
In 2015, Viking introduced its first ocean ship with the naming of the 930-guest all-veranda Viking Star. One year later, Viking launched its second ocean ship, Viking Sea, which was joined by sister ship Viking Sky in 2017, Viking Orion in 2018 and Viking Jupiter in 2019. In May 2021, Viking welcomed its newest sister ship, Viking Venus, to the fleet.

The company’s award-winning ships are engineered at a size that allows direct access into most ports, so guests have easy and efficient embarkation and disembarkation. Each ship boasts a private veranda in every stateroom, a choice of restaurants offering a variety of fine dining options, the most al fresco dining at sea, an infinity pool, a Nordic-inspired spa, panoramic Explorers’ Lounge and thoughtfully curated book collections throughout the ship, and more—all designed in understated elegance.

Ocean itineraries are designed to maximize the amount of time travelers spend in their destination. These enriching itineraries include base and combination cruises sailing to Scandinavia and Northern Europe, the Mediterranean, the Caribbean, Australia and New Zealand, Asia, Alaska, North and South America, and Africa. 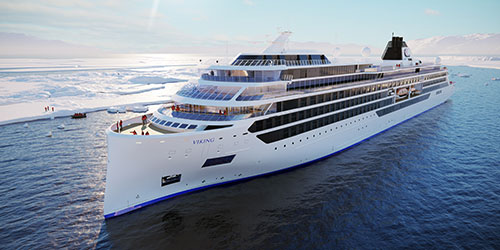 Expedition Ships and Itineraries
Viking will launch new expedition voyages in 2022, with its first two 378-guest sister ships, Viking Octantis and Viking Polaris, with voyages that range from 8 to 44 days.

To develop the new expedition voyages, Viking has partnered with some of the world’s most prestigious scientific institutions. The lead partner is the University of Cambridge’s Scott Polar Research Institute. This relationship is underpinned by a major Viking endowment for scientific research into the polar regions, The Viking Chair of Polar Marine Geoscience, a Cambridge University full professorship based at the Scott Polar Research Institute, as well as a sponsorship fund supporting the Institute’s graduate students. As part of this endowment, the Institute’s scientists will undertake fieldwork onboard Viking expedition vessels and join voyages to share their expertise with guests. Viking has also partnered with The Cornell Lab of Ornithology, a globally recognized bird research facility, whose ornithologists will regularly be on board the expedition ships, providing guest advice and interaction.

Designed by the same experienced nautical architects and engineers that designed Viking ocean ships, the ships are optimally sized and built for expeditions – small enough to navigate remote polar regions and the St. Lawrence River, while large enough to provide superior handling and stability in the roughest seas. The ships will feature public spaces that are familiar to Viking’s ocean cruise guests but that have been reimagined for expeditions, as well as new public spaces created specifically for expeditions. Straight bows, longer hulls and state-of-the-art fin stabilizers will allow the ships to glide over the waves for the calmest possible journey; ice-strengthened Polar Class 6 hulls will provide the safest way to explore; and U-tank stabilizers will significantly decrease rolling by up to 50 percent when the ships are stationary. 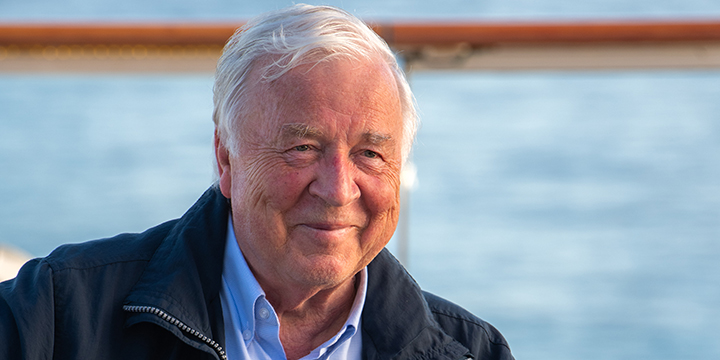 Viking was established in 1997 with the purchase of four ships in Russia. In 2000, the company purchased Europe’s KD River Cruises in order to grow its fleet, to leverage 40 years of river cruising experience and to acquire rights to prime docking locations in key European cities.

Torstein Hagen is Chairman of Viking, which includes river, ocean and expedition voyages.

The company expanded into the American market in 2000, establishing a sales and marketing office in Los Angeles, California. Since then Viking has grown to be the world’s #1 River Cruise Line, and with the launch of its ocean fleet, it has also become the leader in small ship ocean cruising.
Hagen announced the company’s entry into ocean cruising in 2013, and in 2015 Viking introduced its first ocean ship with the naming of the 930-guest all-veranda Viking Star. In its first four years of operation, Viking has been rated the #1 Ocean Cruise Line* in Travel + Leisure’s 2016, 2017, 2018 and 2019 World’s Best Awards. Viking launched its second ocean ship, Viking Sea in 2016, which was joined by sister ships Viking Sky and Viking Sun in 2017, Viking Orion in 2018 and Viking Jupiter in 2019. Six more sister ships are on order, with options for four additional ships. These options could bring Viking’s total ocean fleet to 16 ships by 2027.

Also in 2020, Hagen announced that Viking will launch new destination-focused travel experiences on the Mississippi River. The 386-guest Viking Mississippi, will debut in August 2022 and sail voyages on the Lower and Upper Mississippi, between New Orleans and St. Paul.

A Norway native, he has extensive experience in the shipping and cruise industries and from 1980–1984 held the CEO position at Royal Viking Line, the industry-leading cruise line of its time. Hagen also served as a member of the board of directors for Holland America Line and Kloster Cruise Ltd., and was a partner of the management consulting firm McKinsey & Company in Europe.

As the recipient of a Fulbright Scholarship, he studied computers at Wesleyan University. He holds a degree in physics from the Norwegian Institute of Technology, where he completed his Master’s Thesis related to artificial intelligence and machine learning. Hagen also holds a Master of Business Administration from Harvard University.

Experience the essence of a place and its people. Discover the world around you. Awaken your senses. Immerse your spirit. Indulge your dreams... 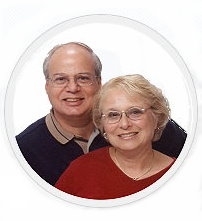 We travel to explore, to learn, to understand. We believe travel should be more than just a trip, it should be a doorway to cultural insight & personal enrichment. These intimate, inclusive river cruise itineraries are designed to help you explore nuances of your destination: its food, culture, people & customs.

Further your knowledge and insights of The River Cruise Experience tm, plus learn the many ways for you to save on your next vacation with the number #1 Voted River Cruise Cruise Line.

The River Cruise INSIDER Report is one of a series of reports featuring The River Cruise Experience, tm highlighting the best river cruise companies operating all over the world.

Travel Direct Corporation is the website owner and the Viking Materials and Marks used are "owned by Viking River Cruises Inc. or its affiliates"

The River Cruise Experiencetm is a trademark of Travel Direct Corporation.